This year has passed so quickly!
Let's have a look... 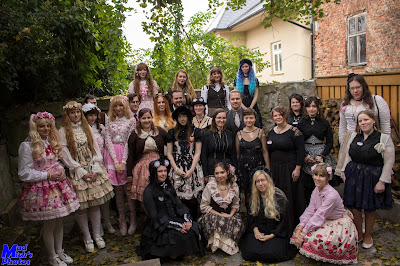 Again, it will be a very long article, so look under the cut...

February 2017 - Yuki Matsuri
Again in Vienna <3 I decided to visit this event again, and it was wonderful! 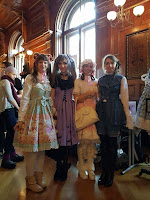 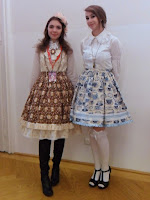 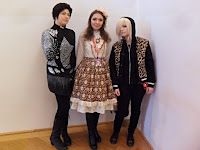 February 2017 - Valentine Tea Party
It was so cute to spent valentine day with lolita friends (in their best outfits)! 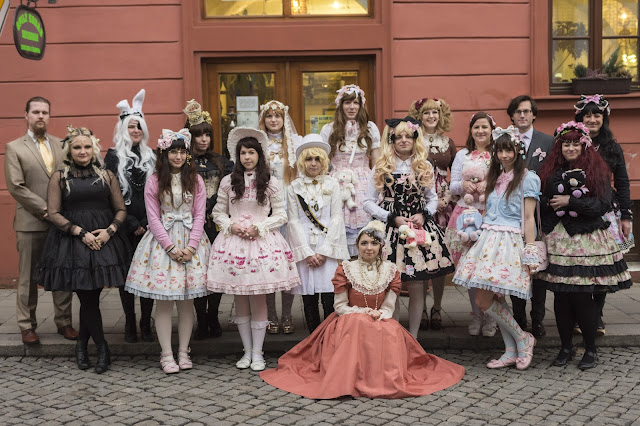 February 2017 - J Aliance 13th anniversary
...and it was so cool to celebrate with my old otaku best friends forever! :D 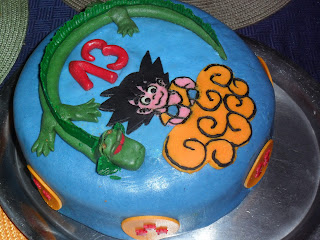 March 2017 - Čaj o páté: Viktoriánské podsvětí
A wonderful steampunk and victorian themed event in Prague organized by Steamzine.cz. It really had a wonderful atmosphere - great presentations, a lot of gorgeous people, it felt like living in a dark victorian novel!

May 2017 - Animefest
Animefest was beyond fantastic, as always! And the fashion show... wow, that was amazing! Big thanks goes to Reina for organizing it! 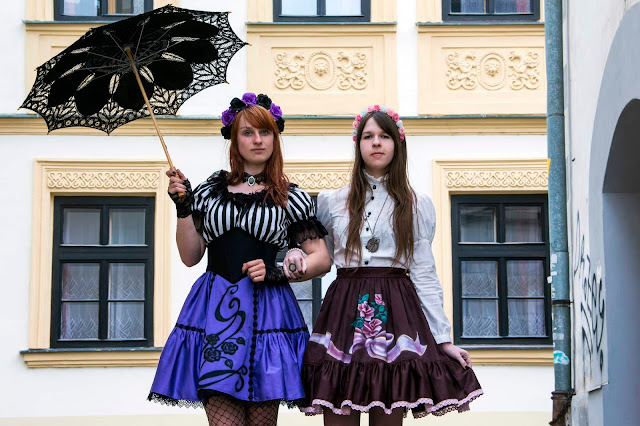 June 2017 - Concert Mikaru + GLAMS
I went to j-rock concert again! That was soooo amazing and I had soooo much fun! That show was something! 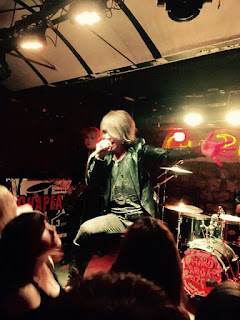 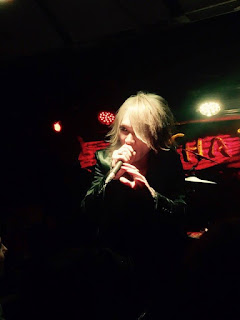 June 2017 - Buchlovice
A beautiful photoshoot in a beautiful garden during a sunny and hot day. 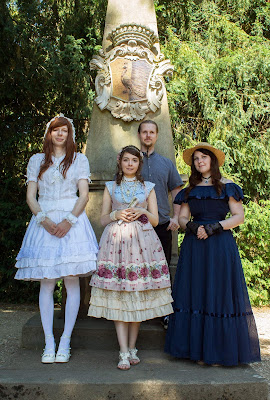 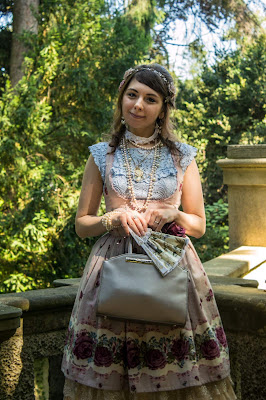 July 2017 - Picnic
Every summer must have a lolita picnic!

July 2017 - Ostrakon
Anime convention! Yay! I had great time with my assistant, Niki! :) 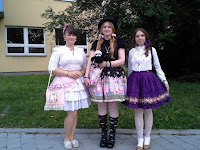 July 2017 - Advík
Anime convention! Yay! I had great time with my assistant, MadMick! :)
(Advík was huge... I didn't expect so many people! And I even met Chun Lam again! That was super cool surprise! :D) 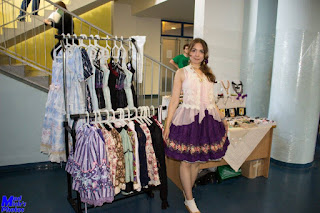 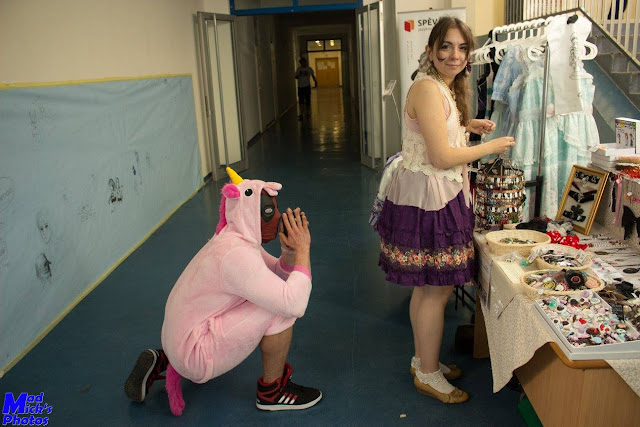 August 2017 - Picnic
Every summer must have more than 1 picnic! 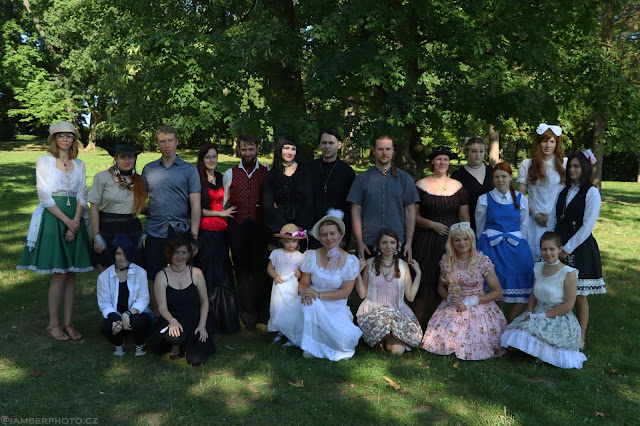 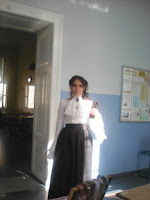 September 2017 - trip Lednice / Valtice / Mikulov
A lovely time with my love. Walking throu beautiful towns, visiting castles and gardens, and baroque all around us! (Well, too bad we choose the only day in the year when there was parlament meeting in the Lednice castle, so police was everywhere XD) 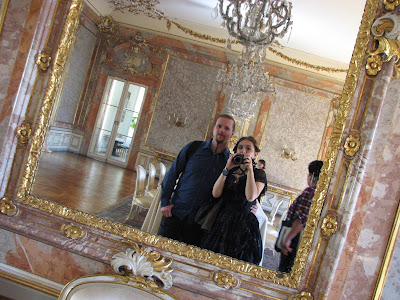 September 2017 - Porcelain Doll 10th anniversary
A big anniversary! I am so happy and grateful that Pocelain Doll is here so long! 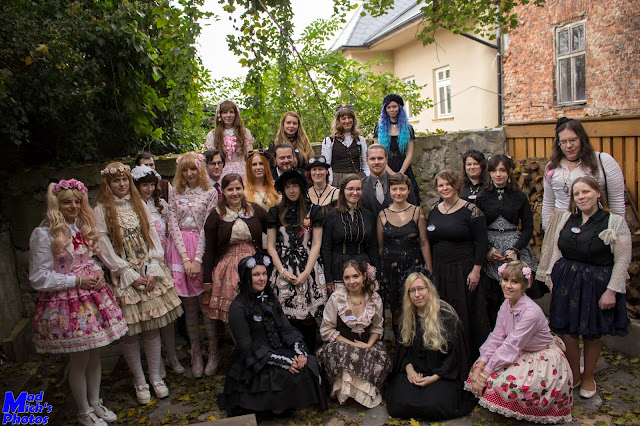 November 2017 - Bring & Buy
Our favourite event in Olomouc, busy as always, but we managed to organize it well! ^^ 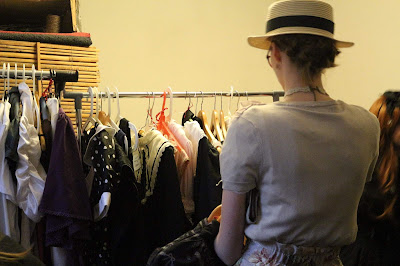 Anime convention! Yay! XD  I had great time with my assistant (and husband), JIndra! :D

November 2017 - Christween party with friends
It was Halloween themed but during a Christmas time XD We ordered a box from Tokyotreat and tasted japanese sweets :D 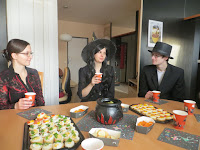 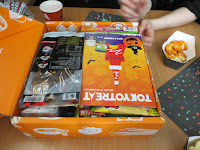 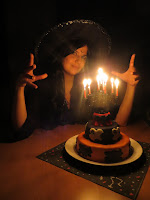 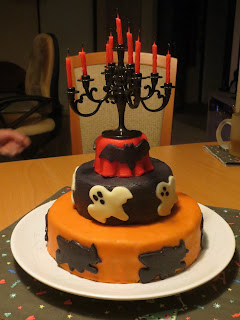 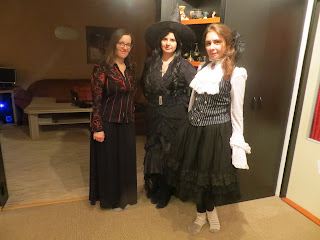 December 2017 - Christmas Lolita meetup in Prague
I love the Christmas lolita meetups. They have a special atmosphere. It was so beautiful. 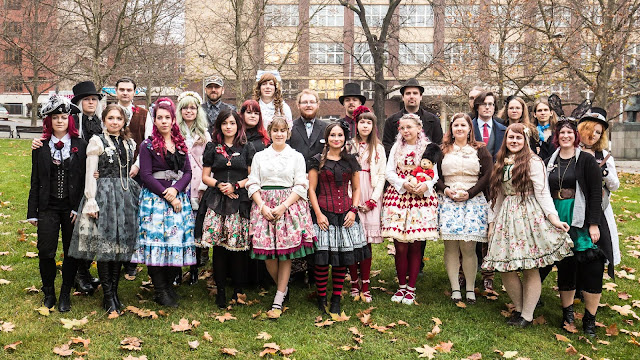 December 2017 - Christmas Lolita meetup in Olomouc
A beautiful dot at the end of this year. 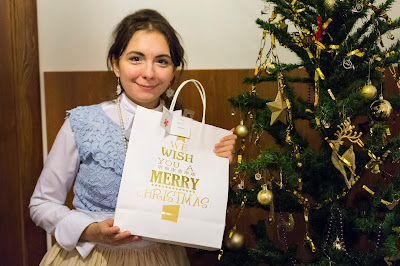 A lot more happened in 2017:
- I was on two funerals. Both grand-fathers of my husband died this year :( And it was so sudden. But we will keep the beautiful memories of them forever.
- We didn't move to our flat. It was terrible waiting for 3/4 of year. "It will be finished next week," was always the answer of the re-building company. We should move in April 2017. Instead we moved in January 2018 XD
- I started to live a full spiritual Christian life. My guardian angel is proud of me!
- My sister-in-law had a baby. Welcome, dear little Jonáš, in our family! :-)
Vystavil P. v 0:00

One fairy from the Czech republic. A programmer, graphic and fashion designer, writer and dreamer. An entrepreneur who dedicated her life to seek and create beauty, spread pure love in hearts of others and make an art of every day living. 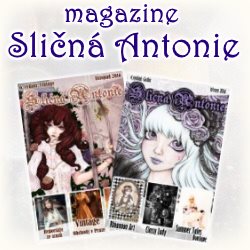 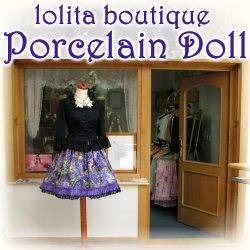